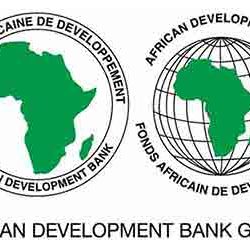 With production that has more than tripled, from 198 to nearly 672 megawatts (MW) in six years, Kenya has become Africa's leading producer of geothermal energy. The commissioning of the Menengaï geothermal power plant enabled the East African country to fill its electricity deficit to overcome the serious shortages encountered in the late 2000s.

The Menengai Geothermal Development Project (https://bit.ly/3jSyVfV), largely funded by the African Development Bank to the tune of US $ 108 million, has brought an output of some 105 MW to the production capacity national, according to the project completion report published on October 6 by the Bank.

For the implementation of the plant, the total number of wells targeted was around fifty to have enough steam for a production capacity greater than 100 MW. Some 49 wells have been drilled through the end of November 2019, with a capacity of 169.9 MW. The results are therefore greater than the initially estimated capacity. In addition, a reduction of 600,000 tonnes of CO₂ emissions per year should be achieved from 2022-2023.

During the construction phase of the plant, 94 staff members received training in drilling, procurement and financing, and health and safety management. Almost half (44%) of the members trained are women. In addition, 249 staff of the Geothermal Development Company (GDC), including 93 women, have received group training.

The construction of the Menegai geothermal power plant benefits around 500,000 people, including 70,000 in rural areas of the country, as well as businesses and industries. Over 600 jobs have been created.

“The ultimate goal of the project was to play a critical role in helping Kenya overcome the severe power shortage due to the variability in hydropower generation, which had forced the country to resort to expensive back-up thermal generation. from 2011 to 2012, and which continued until 2018 ”, underlines the report conducted by Girma Mekuria, Senior Energy Officer at the Bank.

In 2011, Kenya embarked on an ambitious path of developing renewable energies by adopting the Least Cost Electricity Development Plan for the period 2011-2031. This plan is updated annually in order to increase energy production capacity, which rose from 1,227 MW in 2010 to 3,751 MW in 2018. In order to achieve electrification in the country and meet growing demand, a significant renewable energy production capacity must be added to the Kenyan national grid.

The PMT-III also aims to promote the development and use of renewable energy sources in order to create a reliable, good quality and cost effective electricity supply system to support industrial development.

For the realization of this ambitious transformative plan, the African Development Bank is one of Kenya’s privileged financial partners.