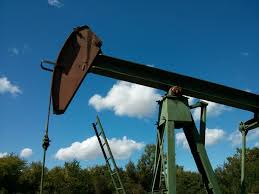 The Ministry of Petroleum announced during a meeting at the Economic, Social and Cultural Council (CESOC), that more than 5,200 billion FCFA of investments are planned as part of the work of the oil exploitation phase in Niger. and the construction of the Niger-Benin pipeline.

Objective: to multiply by 5 the current production, which is 20,000 barrels per day, to reach 100,000 barrels / day by 2021. The majority will be intended for export, according to data from the Ministry of Petroleum, consulted by Niamey and the 2 Days.

The development work required to start production involves the drilling of 345 new boreholes and the construction of surface facilities, among other things.

The construction of a 1980 km pipeline connecting Agadem to the port of Sémé in Benin would require some 1,200 billion FCFA while generating 2,000 jobs.

Niger has been an oil producer since 2011. The state has entrusted the mining work to the China National Petroleum Corporation (CNPC). The country plans to increase production to 500,000 barrels per day by 2025.