Kenya: Shipments of agricultural products to the Uk will continue to be duty free 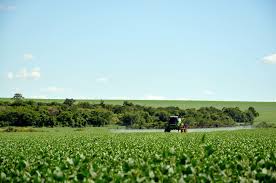 This is thanks to the trade agreement between the two countries which should allow trade to be maintained despite Brexit.
In Kenya, agricultural exports to the UK will continue to benefit from duty relief despite Brexit.

This provision was ratified as part of the 6th trade agreement finalized between the two countries on November 3.

With the withdrawal of the United Kingdom from the European Union, many fears had arisen among players in the agricultural sector who feared a loss of trade preferences, in particular the duty-free entry guaranteed by the Community market.

While overall the UK is an important trading partner for Kenya, this is all the more true when it comes to agricultural trade.

Indeed, the country accounted in 2019, for 43% of total Kenyan vegetable exports (79 million pounds). It also accounted for 9% of cut flower shipments and imported 121 million pounds of coffee, tea and spices from Kenya last year.

“I am glad that we have concluded a trade agreement with Kenya. This provides certainty that business will continue as it is now, supporting jobs and livelihoods in each of our two countries, ”said Ranil Jayawardena, UK Minister for International Trade.