Oil and Gas discoveries and activities in South West Africa: the future of investment in Namibia, Angola and South Africa 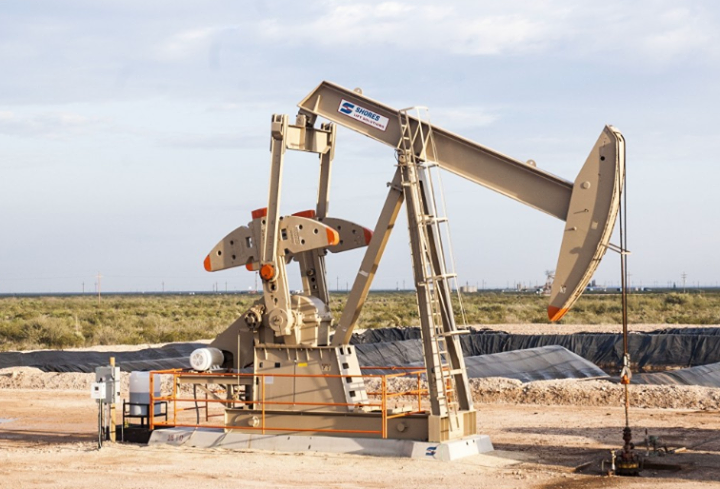 “Now is the time for the oil and gas companies that are involved in these mega-opportunities to redouble their efforts to support the communities and local populations” Intervention by NJ Ayuk, President, African Energy Chamber.

Last spring, the Maersk Voyager, an ultra-deep drilling vessel contracted by the French major Total, drilled the deepest offshore well ever – 3,628 meters (11,903 feet) in Block 48, an area massive with potentially huge oil reserves in the Congo Basin off Angola.

This record achievement was not only a success for Maersk and Total. It also represented a victory for Angola and its oil company Sonangol in their search for new oil, as part of a campaign to reverse a recent downward trend in production. The high-impact well was long overdue and it didn’t take long for other global players, including Qatar Petroleum (QP), to join. As part of its offer to expand its exploration portfolio, QP acquired a 30% stake in Block 48 in August, its first venture in the promising deep-water area of ​​Angola.

If Angola were the only country in South West Africa to make the oil and gas news, it would still be a very good story. But the point is that Africa’s southwest coast is perhaps home to the world’s most anticipated well drilling in 2020 and 2021 – exploration that continues despite additional challenges from COVID-19, which has limited operating and capital budgets. As the African Energy Chamber noted in our 2021 Outlook, if successful, the outlook in Angola, Namibia and South Africa could “open up new development basins and trigger large investments towards second half of the decade ”.

Combined with Block 48, the Venus-1 prospect in Namibia, and Brulpadda and Luiperd in South Africa, the region holds world-class resource potential. The key is to translate this potential into real benefits for all Africans.

For nearly 70 years, oil has been a mainstay of the Angolan economy, contributing around 50% of the country’s gross domestic product and around 89% of export earnings. The country holds the second largest proven oil reserves on the continent and is only behind Nigeria in terms of production. (Angola also has Africa’s fourth-largest proven natural gas reserve, although it has historically not produced many commercial products.)

In recent years, however, falling oil prices have scared off foreign investment, putting pressure on Angola’s well-established oil and gas industry as well as its oil economy. Despite its vast resources, not only was production down, there had been no major new discovery since 2011. Without new discoveries, Rystad Energy consultants said, production volumes could drop below 1 million barrels per day by 2025, less than half of daily production in 2008.

This forecast was more than enough to spur Angolan President João Lourenço to act.

Following his election in 2017, he promised Angola an “economic miracle” and immediately began encouraging participation in the country’s oil and gas industry as part of his recovery plan.

The attractions of Lourenço, in particular better contractual conditions which would make foreign investments more profitable, have borne fruit. With reforms such as tax breaks and an autonomous oil industry regulator in place, Total – which has operated in Angola for six decades – moved quickly in 2018 to take over Block 48 and won Block 29 in the Namibe earlier this year; Italian Eni received neighboring Block 28 at about the same time. Angola has also awarded several offshore blocks to the Norwegian companies Equinor and BP. (There are around 50 blocks in the Namibe Basin, but it remains to be seen if they will all be put into play.) Eni and its partners have also started production at Agogo-1, pumping out a modest 10,000 barrels per day. (b / d). While this may seem small, it contributes to a much larger sum: together, Rystad said, the production of new Angolan projects – that is, those that started in the past five years – are expected to produce 549 000 bpd by 2025.

According to the first seismic data, compared to Angola, the new discoveries off Namibia are just as promising, if not more. In total, more than 11 billion barrels of oil reserves have been discovered off the coast of Namibia, and scientists compare Namibia’s geology favorably to the pre-salt fields off Brazil, which hold 16 billion barrels of crude reserves. Yet Namibia’s basins are considered to be underexplored, meaning that there are plenty of opportunities for foreign and domestic investment. The possibility of high impact discoveries has attracted the likes of Total, ExxonMobil, QP and Kosmos Energy, which has enjoyed significant success in Africa over the past twelve years.

Currently, all eyes are on Total’s Venus-1 prospect, which could turn out to be Africa’s biggest find in a decade. An ultra-deep well in the Orange Basin, which straddles the border with South Africa, Venus-1 is said to have at least 2 billion barrels of oil in place. If Venus-1 is successful, it will bring even more attention to the region. Fortunately, thanks to the favorable oil policies of the Namibian government, foreign companies can easily do business there. The tax system is positive and the national oil company, the National Petroleum Corporation of Namibia (NAMCOR), is a cooperative partner. It also helps Namibia to be politically stable and has some of the best developed infrastructure on the continent, including a modern electricity distribution grid.

We are seeing a growing interest in South Africa

Like its western neighbors, South Africa has seen considerable enthusiasm for border discoveries, including Total’s Brulpadda, which opened the Outeniqua Basin in 2019. East Brulpadda considered a world-class oil and gas area capable of holding up to 1 billion barrels of oil equivalent of gas and condensed light oil.

Brulpadda is seen as an antidote to the cascade of evils that South Africa – like many countries endowed with oil resources – has experienced in recent years: a drop in oil and gas exploration following a drop in commodity prices. raw. PetroSA’s gas-to-liquids (GTL) plant is likely to provide a domestic market ready for Brulpadda, as will petrochemical and industrial facilities nearby. It is also possible that the discovery will help South Africa speed up the use of gas for power generation.

Total continues to explore other parts of the Outeniqua Basin and just discovered gas condensate on the Luiperd prospect last month, where it is a joint venture partner with QP, CNR International and an African consortium called Main Street. In an announcement, Total said the Luiperd well had been drilled to a total depth of approximately 3,400 meters and encountered 73 meters of net gas condensate payout, making it even larger than Brulpadda’s main reservoir. . Total and its partners have decided to commercialize Luiperd gas rather than drilling another exploration well as part of the program.

Africans must realize the benefits of industry

There is no doubt that these discoveries made South West Africa an exploration hotspot.

There is also no doubt that the governments of Angola, Namibia and South Africa have facilitated and even accelerated the discovery and development processes by making it easier to do business there. (In the case of South Africa, its tax terms for oil and gas companies are described as “very generous”.)

What remains uncertain is to what extent each country will continue to work to ensure that its natural resources, whether new or long established, are used to lift people out of poverty. Certainly, African involvement in joint ventures leads us to assume that the best interests of each citizen are taken into account.

But now is the time for the oil and gas companies that are involved in these mega-opportunities to redouble their efforts to support local communities and populations. These companies are our hosts in Africa, but the price of welcoming our resource wealth cannot be simply contractual, or simply a handshake between governments and business people. The more they profit from it, the more Africans should benefit.

This idea is at the heart of the concept of shared value, which has been defined as “a framework for creating economic value while simultaneously meeting the needs and challenges of society” and as “the practice of profit in a way that creates of value to society. Shared Value does not suggest that companies should act as philanthropists or charities, distributing to those in need. This goes beyond the idea of ​​corporate social responsibility, which often relies on volunteering and one-off donations. Perhaps more importantly, Shared Value recognizes that companies can only stay in business if they are making money. As the FSG consultant described it, the value that businesses and the community share is worth the ‘value’, meaning the economic value on a financial statement and the societal value in the form of progress on social issues. .

Shared Value recognizes that businesses have a responsibility to address social challenges through the business itself. It is in their economic interest to do so. In Africa, one way to do this is to support capacity building. As the Shared Value Initiative noted, despite the substantial economic output from the oil and gas industry, it “has not always translated into societal improvements in host countries and communities … lose billions of dollars a year because of community conflicts ”due to underemployment.

As more and more companies are drawn to South West Africa and these exciting new developments, we can only hope that they will recognize that where opportunities exist for them, they should exist for everyone. world. And they have the power to do it.

It would be really great news.