Africa: The President of the African Development Bank Group, Dr. Akinwumi Adesina, is running for a second term "to serve Africa". 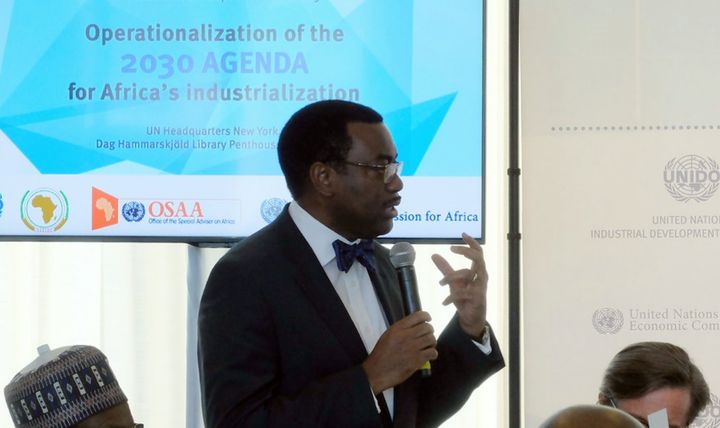 The election of the new president of the African Development Bank will take place this Thursday, August 27, 2020
At the end of a five-year mandate at the head of the African Development Bank Group, marked by the implementation of the five strategic priorities for the continent's development, known as “High 5”, the current president, Akinwumi Adesina , announced, Wednesday, August 26, his candidacy for re-election at the opening ceremony of the institution's 2020 Annual Meetings.

“Five years ago, here in Abidjan, you elected me president of the African Development Bank. It was a great responsibility placed on my shoulders. I promised that I will work hard to accelerate Africa’s development. My vision focused on the “High 5” was my commitment, my promise, my compass, “Akinwumi Adesina recalled during a videoconference.

In view of this satisfactory record, President Adesina called on the Board of Governors to renew its confidence in him for the next five years. “Dear Governors, these Annual Meetings are an opportunity for me to offer you my services once again and to run for a second term as President of the African Development Bank. I do it with humility. I do this with a strong sense of duty and commitment. I am doing it to serve Africa and our Bank, ”he said.

Witnessing the 2015 election, which brought Akinwumi Adesina to the head of the Bank, the Ivorian head of state, Alassane Ouattara, welcomed the fact that his country is once again presiding over the electoral process. He called on the governors, headed by his compatriot Kaba Nialé, to respect the texts that govern the institution, before addressing a message to the declared candidate. “I would like to wish President Adesina good luck, who happens to be the only candidate for re-election, which I wish,” said President Ouattara.

The election of the new president of the African Development Bank will take place this Thursday, August 27, 2020. Voting will be done electronically.